The game takes place in the city of Stormreach, located on the fictional continent of Xen’drik. This continent is a largely unexplored and wild place, once occupied by a civilization of giants. After a revision of the Dungeons & Dragons 3.5 edition, players can now create their characters and play in both indoor and outdoor environments, including dungeons. Once the character is created, the player is shipwrecked on the shores of Korthos Island where the dragon Aussircaex is found. He will have to prove himself before he can access Stormreach. Other missions will await the hero at the turn; among other things, he will have to reopen the door in Xoriat, fight the Black Abbot and his henchmen but also pirates, an army of jellyfish. 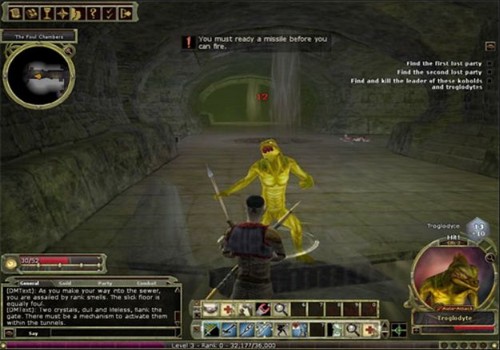