PES gets a new look

New year, new season, new name for the PES franchise which is now called eFootball PES 2020. One year after losing the UEFA Champions League licence, Pro Evolution Soccer is back. In this new version, you will discover a new interactive dialogue system that gives more depth to the history of the Master League mode.

The other new feature is the transfer market. The developers have worked on a system that is more realistic and, above all, more customizable than previous seasons, and you will be able to manually adjust the recurrence of transfers, the difficulty of negotiation and the frequency of salary revaluations. The physiognomy of managers is also affected by this high level of personalization. Thus, eFootball PES 2020 allows you to create ultra-realistic avatars.

eFootball PES 2020 is also the arrival of a new Matchday mode. This is a competitive format that allows you to earn points for each well executed pass or when you make a stop. In this mode, it is possible to associate experienced players with potential players and even veterans.

The gameplay is not to be outdone

In terms of gameplay, there are also some changes. Players will discover the new finesse dribbling system developed with the help of maestro Andrés Iniesta, and the controls (ball reception) have been revised. Thus, each player has a different way of controlling the ball. New controls such as No Touch Control or Trick Trap are emerging.

Finally, the defence system has been redesigned to accommodate new tackles and defensive animations (head clearance and intentional fouls). eFootball PES 2020 will be available from 10 September 2019. You can already pre-order it. 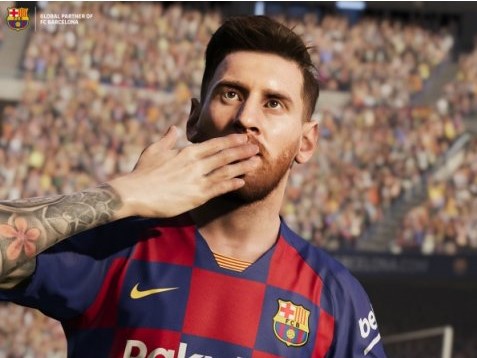