Express Burn is a free CD burning program for Windows. It allows you to burn audio, mp3 and data CDs and test videos to DVD and Blu-ray.

Transparently burn audio to CD for playback on a computer, in the car or on a stereo system with automatic conversion of many audio formats. 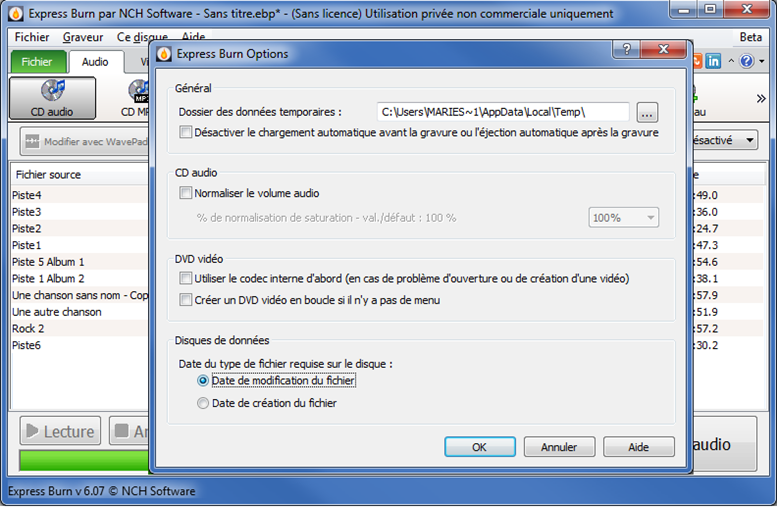