Enter a modern, fantastic and dark world and fight extraordinary battles against characters and monsters more impressive than each other. By embodying Prince Noctis and his friends, free Lucis’ kingdom from the yoke of a terrible enemy.

In Final Fantasy Windows Edition, fight stunning battles with the combat system that allows you to easily switch from one character to another to benefit from their particular skills. Enjoy a vast arsenal of weapons and learn to use the magic of your ancestors to teleport you into a battle to surprise your opponents. Each character has his own special moves and spells.

Final Fantasy XV Windows Edition is the PC version of the famous game of the same name. Square Enix has launched a benchmark that allows you to test the capabilities of your computer. The software determines if your machine is powerful enough to run the game and enjoy it to the full since Final Fantasy XV is in open-world.

When the analysis is launched, the benchmark tests native 4K compatibility, NVIDIA GameWorks features and the HDR10 signal. Depending on the results obtained, you will know whether or not your PC is capable of running the game. Unlike the game, the benchmark is only in English or Japanese. To use the benchmark, you can download it from our website by clicking on the link below.

This resource-intensive game requires a powerful PC. Here is our test of Shadow PC, to know if this configuration will bring you the solution to your lack of power… 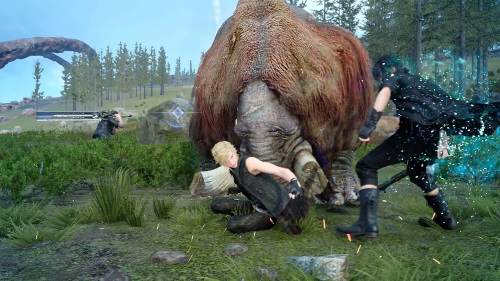