World Cup 2014 wallpapers provides football fans with 14 wallpapers to customize their computer in the colours of Brazil. You can put the Brazilian jersey, the emblem of the World Cup, as well as the Earth in the shape of an eco-football, in the background. Downloadable free of charge, this file also includes several wallpapers of the Brazilian flag, available in different forms: lightly smoked, graffiti, explosive, etc.

The 2014 World Cup wallpapers also feature original photographs such as three legendary players around a table football table, Diego Maradona, Pele and Zinedine Zidane. Children will also enjoy the cartoon wallpaper depicting once again the young Pelee, balloon in hand. If you want a wallpaper that is more useful than decorative, you can always download the 2014 World Cup calendar and set it as a wallpaper. 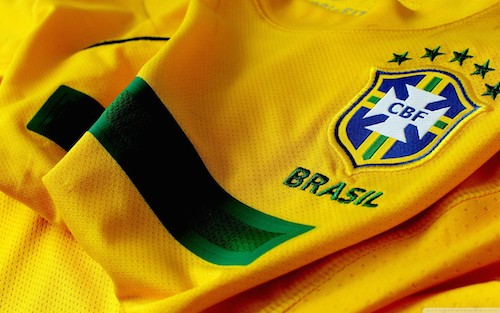