Krai Mira is an online role-playing game that takes you back to 2061, a world devastated by an unprecedented global disaster. You will thus discover and have to evolve in a world made up of many islands that are surviving pieces of the Earth. The game does not have a predetermined scenario, the adventure will take place according to the many development paths chosen. This will allow you to create your own path by interacting with other online players, non-player characters and the many items present. In addition, you can take part in the fighting, hunt, explore new islands etc..

At the beginning of the game, you will have the choice between 5 types of characters, each with its own set of skills: the citizen, the hunter, the puncher, the artisan or the Amazon. The choice of this specialization will influence the course of your adventure. For example, if you choose the craftsman, he will more often get bonus points for building new items but his battle skills are quite low. Based on an experience system, the skills of the different characters develop as their actions are carried out.

Krai Mira is based on an isometric 2D engine allowing realistic stage rendering and harmonious colours. Each animation is short and expressive, emphasizing the post-apocalyptic atmosphere. Finally, it should be noted that in addition to mouse playability, many keyboard shortcuts can be created. 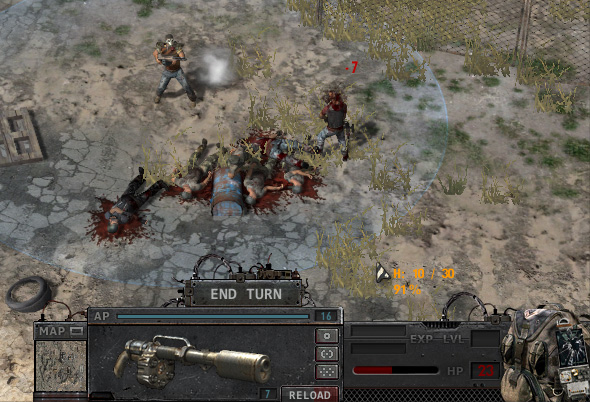