In addition to the 10th anniversary of League of Legends, the most played game in the world is being played on several platforms! Riot Games has announced “Legends of Runeterra”, an original card game set set in the League of Legends universe.

You build a deck formed around one or more champions of the game. Braum, Darius, Elise, Lux and many others will be available at the end of the game. Other champions and units will be added over time. It is possible to obtain new cards thanks to the essences obtained during your games.

The game is mainly based on Hearthstone and Magic: the Gathering. Each player plays in turn by posing his champions, creatures and spells. It is then possible to declare attacks while the opposing player chooses whether or not to block your attacks.

The game will not include any lootboxes, only purchasable cards and cosmetic items.

In order to access Legends of Runeterra before its official release in 2020, you will need to pre-register on the official website of the game. 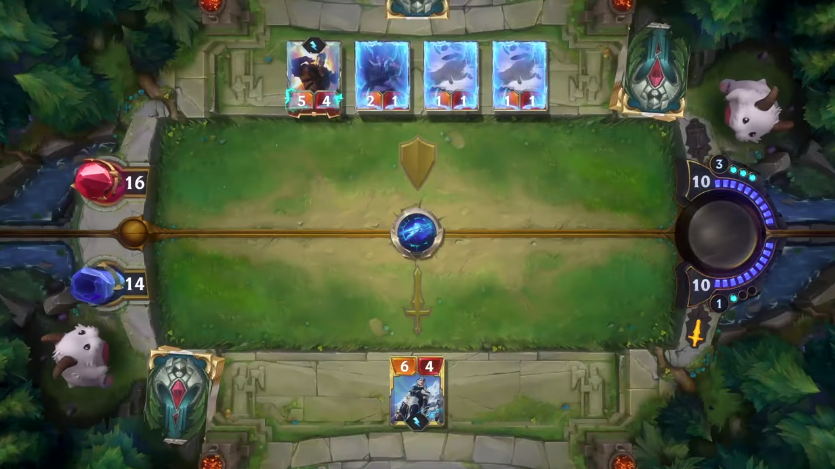