The Nexon publisher offers the Nexon Launcher software. It is an application that acts as a game library. You will find various titles published by Nexon such as Maple Story or Kartrider, but also other less well-known games such as Power Rangers All Stars. Indeed, Nexon Launcher also includes Android games.

PC games are not necessarily launched directly from the Launcher, it can simply be a shortcut to Steam or the Google Play Store. It should be noted that the application also distills the news of the Korean publisher’s PC and mobile games.

Nexon Launcher is a free service that requires you to create an account to manage your library. 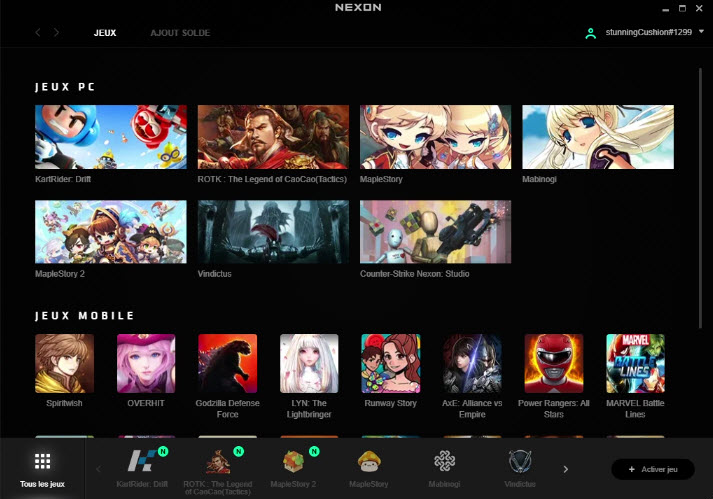