KONAMI does in continuity

The new PES promises better ball physics with more spin. The ball feel that has been lacking in franchise for so many years has been readjusted to give players more flexibility. Nevertheless, skilfully measured lobed passes will easily break through the opposing walls, especially since the strikers’ calls are very well thought out.

The “myClub” mode features a new card system. Cards among which we will find the famous legends dear to football lovers. Moreover, players will be able to find these legends directly in the eponymous edition PES 2019 Legend Edition.

One of the biggest changes in this 2019 PES is undoubtedly the loss of the Champions League to EA Sports for the next FIFA.

With this PES 2019 Konami has chosen continuity instead. As far as graphics are concerned, the Fox Engine is always on board.

As usual, the game will be released before its best enemy FIFA 19 and will be available on Windows and Xbox One and PS4 consoles from August 30. The previous generation of consoles is therefore sacrificed. You can test the demo of PES 2019 from August 8 via Steam. 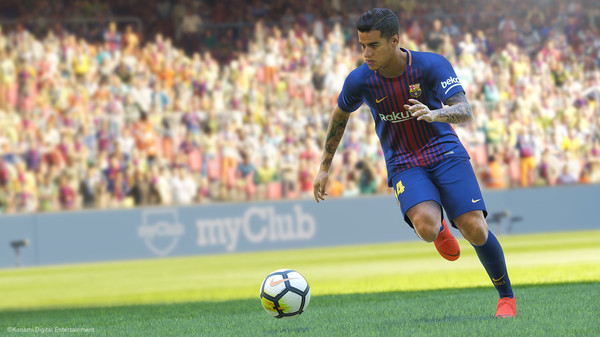