Phoenix Os works as a full-fledged Android operating system on your PC! No more emulators that don’t allow you to run the latest games in vogue, Phoenix OS ensures this part by offering an Android native, on any PC.

Downloadable as a classic installation file or disk image, Phoenix Os will install as if it were a complementary operating system on the computer, equipped with an Intel X86 processor. Moreover, this software uses the codes developed for the Android-X86 and grub4dos projects that recreate a similar environment, without the interface.

Once the computer restarts, you have the choice of using Windows, or Phoenix OS, which will launch instead, with the hard disk size allocated in advance. From there, you can map the keys of a keyboard or gamepad directly via the system’s Octopus interface, and even use a mouse. Of course, you will need compatible equipment.

The solution to play mobile games without lags

Pubg Mobile, but also Knives out, Free Fire, Valor’s Reach, Life After, Real Cricket and other games sometimes have difficulty running on entry-level smartphones, or do not have enough networks to ensure good stability. Use the PC’s wifi or ethernet to never crash during a game, or take the lead over your opponents using the keyboard/mouse combo, which wreaks havoc on Pubg, but also MOBAs like Vainglory or Arena of Valor (Honor of Kings).

We recommend that you install the Phoenix OS ISO image on a USB stick, which is possible with the Windows installation file. Launch the.exe and follow the guide, since from the beginning you can choose where you place this OS, either on a bootable USB key, on the hard disk, or a dedicated partition. The software also allows you to uninstall the installed files. 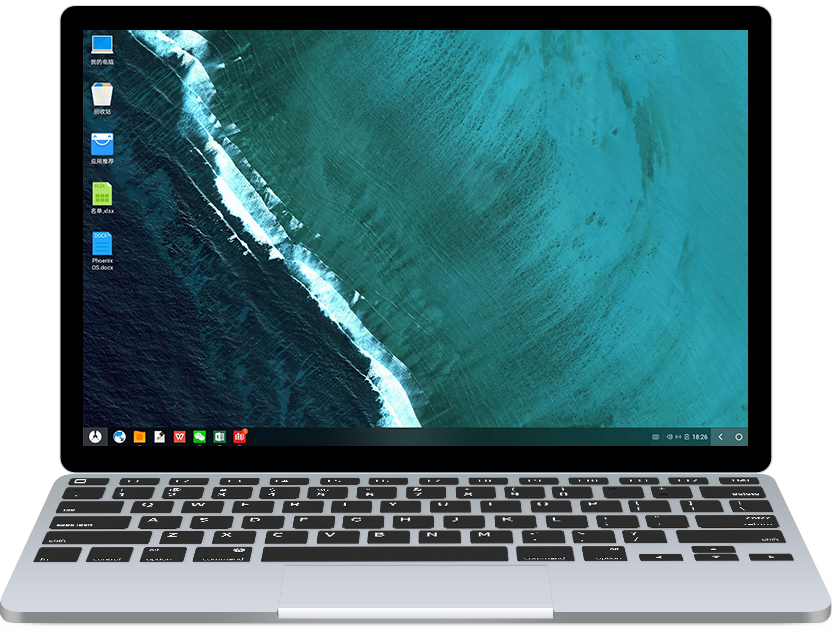