Picolay is a software available on Windows that has been developed by Heribert Cypionka allowing you to improve your 2D images and photographs from series of images. It is a simple and free software that can be used freely.

It is a fairly simple but effective software for image manipulation. Indeed, the software provides you with many tools opening up a wide range of actions. For example, with Picolay you can generate 3D images from a series of stacked images, but also holograms and 3D views. The application also allows you to generate animated GIFs, but also to modify and improve your images with various options allowing you to adjust sharpness, contrast, brightness or color saturation for example.

The software has a simple interface with three windows that allow you to compare the changes made during your work. Picolay is therefore simple to use thanks to its intuitive interface, but it cannot be used for non-commercial purposes. 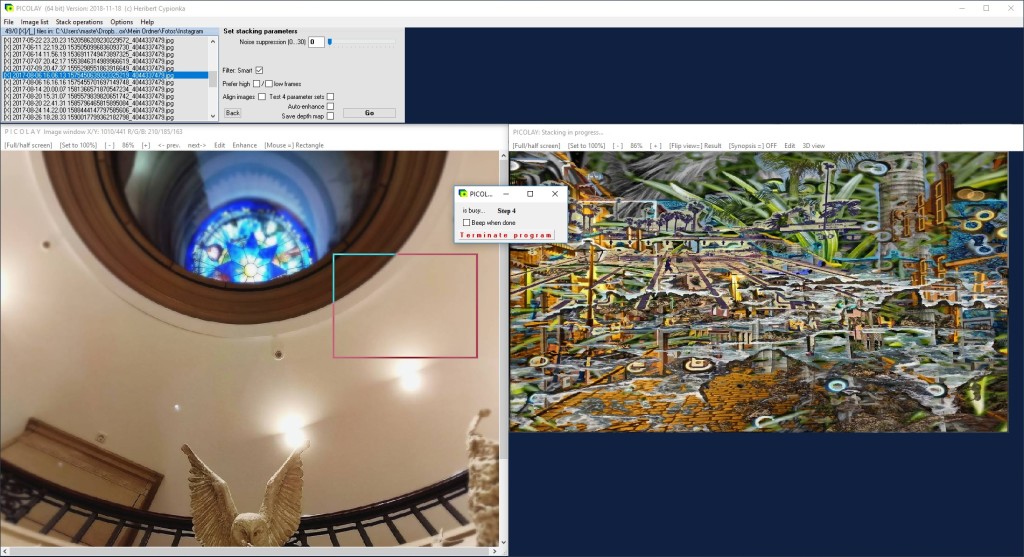