South Park: The fractured but whole is the sequel to South Park: The Stick of Truth. We find Cartman and his team of superheroes (Coon and friends) defending South Park against the chaos that seizes the city every night. And as it is South Park, the unexpected is in order, especially when the team’s goal is to capitalize on the franchise and develop a media offer over several years.

This episode apart is both a traditional RPG and a real interactive thread created and dubbed by the authors of the series, featuring all the original characters, plus those created for the occasion and by the player. For those following the series, elements from the most recent seasons have been included, such as the main PC.

Release scheduled for December 2018, which does not prevent to rinse the eye in front of the previews.

A very funny and also very political feature: The difficulty changes according to the skin color. 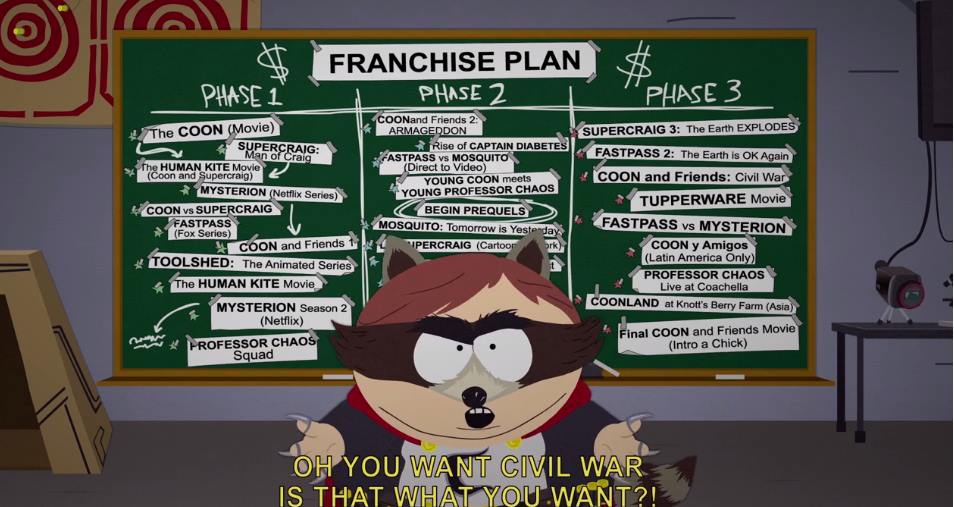