Tablatures is a tablature editor for Mac OS X. Tablatures is compatible with PowerTab, which is a well-known and widely adopted tablature editor for Windows systems. Thus you can share your music even with those members of your band that don’t own a Mac! Moreover, you can easily find thousands of song transcriptions in this format on the net. Also, Tablatures reads most GuitarPro 3-5 tabs. With Tablatures you can also export your tabs in MIDI format, or follow the playback on screen to help your learning process. Tablatures is an Universal Application, thus it runs natively both on PPC and Intel based Macs. 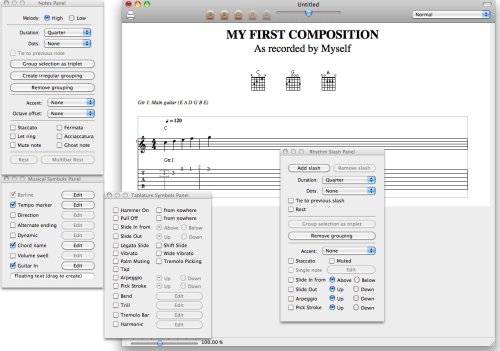