GUNNER2 may be a household name for you or a complete enigma. It all depends on whether you are a hardcore fan of indie-produced 3D shooters. If you are looking for an original non-mainstream 3D shooter software, Warlock Studio is your game developer and Gunner II is your primary source of adrenaline pumped action. Good old motto “Kill ‘em all” is probably the best way to precisely describe the game’s purpose. The game is divided into tree different episodes – World War II style Episode I one, with old fashioned crafts and weapons, Episode II with modern crafts and weapons, and futuristic Episode III with UFOs and plasma weapons. Now, here is the surprise – all your targets are up in the air. A demanding player like you already got bored with “walk and shoot” games, which are becoming clones of each other. A demanding player like you always wanted something that is worth your time. You asked for a challenged and you got it. Anti-aircraft forces were traditionally considered to be elite. To shoot down high-flying fast moving aircraft is quite a bit more difficult than to kill human opponents. Now is the time to choose whether you are good enough to be only some unknown solder among the millions of infantry troopers, or you think that you deserve a better career. Your copy is waiting for you. Download the game now and show what you are good for. 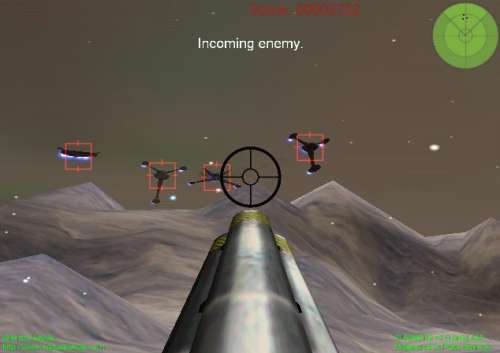