Mercury is the closest planet to the Sun, and the second-smallest planet in the solar system! It is about the same size as our Moon. Mercury travels around the Sun faster than any other planet. That is how it got its name. It was named after Mercury, the swift messenger of the gods in ancient Greek mythology. It has a very thin atmosphere consisting of atoms blasted off its surface by the solar wind. Mercury’s cratered surface appears very similar to the Moon. Its temperature variations are the most extreme in the solar system ranging from +427°C to -173°C. The planet can only be seen from Earth just before sunrise or just after sunset. But of course you can always download Planet Mercury 3D screensaver that will get you acquainted with this mysterious planet! 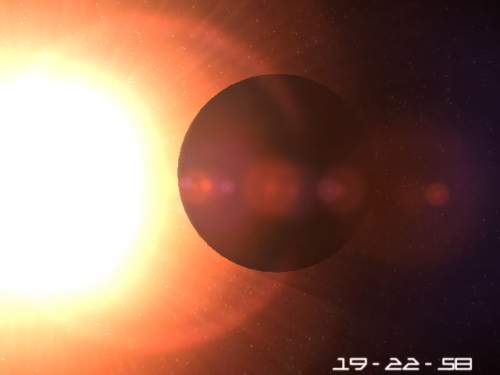