Far far away, at the very edge of the Solar System lies Pluto, the ninth planet from the Sun. It is not only much smaller and less massive than every other planet, it is also smaller and less massive than seven moons of other planets. It has a highly eccentric orbit which takes it inside the orbit of Neptune. This caused some debate regarding whether Pluto should even be classified as a planet! It has one natural satellite, Charon, which is half the size of Pluto. Because they are comparable in size, many consider them to be a double planet. Pluto’s atmosphere appears to extend out to include Charon, which suggests that they may share an atmosphere. There are many other interesting and controversial facts about this planet that you can learn if you download this screensaver. 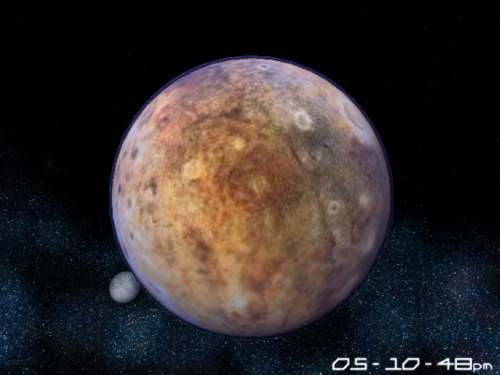